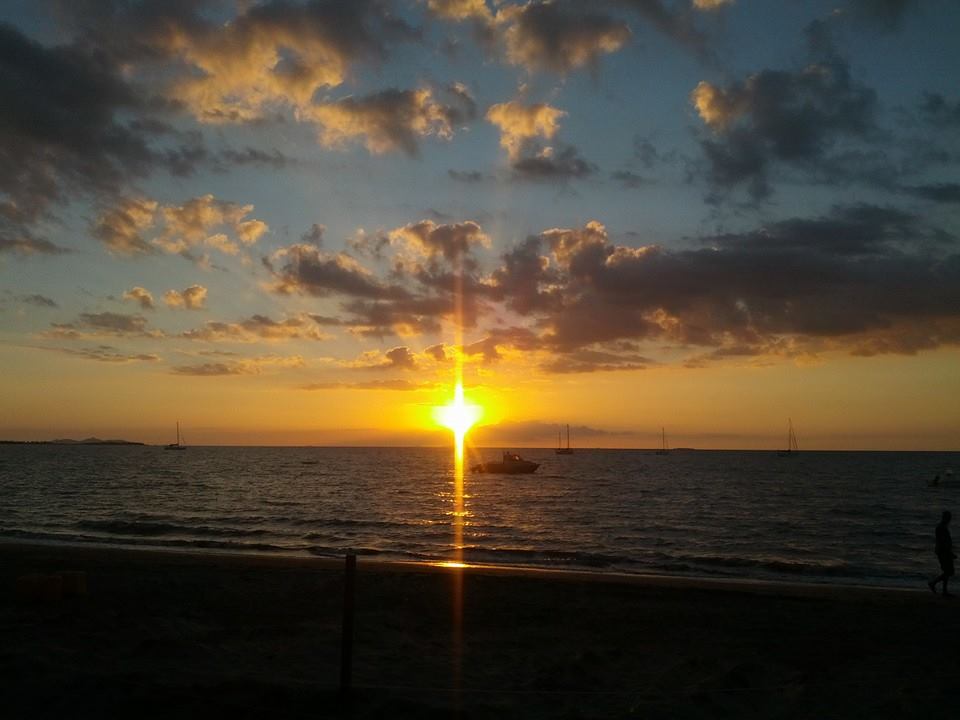 Have you ever made plans, even put down a hefty deposit for an organised island hopping tour only to meet someone that will completely throw all that planning to the wind like a handful of brightly colored confetti? I have…

I started my solo travels in Fiji with 10 days confirmed “Fiji Time”- being close enough to Australia to return, sell my car, do my taxes, you know the fun stuff – before heading off again to Europe. Well that was the plan anyway..

There were three awesome places to stay on the mainland beachfront of Nadi. (Wailoloa Beach, but everyone calls it Smugglers).

Smugglers Cove Beach Resort, Bamboo Beach Backpackers and Tropic of Capricorn. I booked three nights in a female dorm room at Smugglers Cove Beach Resort. However you can’t really go wrong as they’re super close to each other and you can wander down the beach to check each of them out. Hang out all day by the pools if you want, and no one will care because “you’re on Fiji time now baby :).” Bamboo has table tennis which is perfect to challenge another traveler to a game, strike up that courage to make some new friends or just have a grand old time with your existing crew. Smuggles cost about $20AUD per night, Bamboo was similar pricing. You can get private or twin rooms also for $50AUD. Breakfast included. (All prices June 2014).

There isn’t a long list of exciting activities available on Wailoloa Beach that don’t cost an arm and a leg, but many travelers (especially from England) like to just chill and work on their tans all day. Being a roamer, I had to do almost all I could. So I went horse back riding, I went out on a sailing boat for a few hours in the afternoon before retiring to the fact that on the mainland, unless you go for a hike up to a waterfall, you will be working on your tan, a lot.

The horse rides were a little dodgy, the local guys that run it also sell weed and I’m not sure how well the horses are treated as I saw them tied up in the same spot, rarely with water in the following days. It cost $20AUD per hour for a mostly rope lead ride along the beach and into paddock near the airport, where my horse was allowed to then canter for a minute or two. 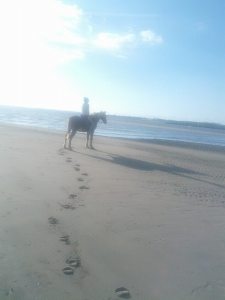 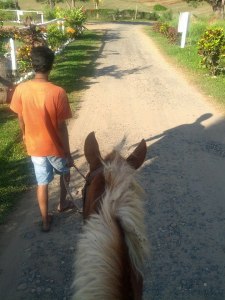 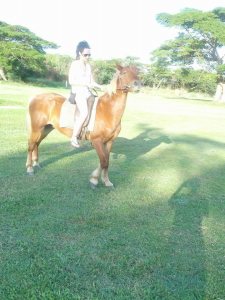 The sailing afternoon cost $60AUD ($100FJD) for about 5 hours of sailing. Which at first, especially if you are new to traveling, sounds like a great deal. Included were alcoholic drinks, snacks, sailing out to the closest island, sipping Kava with local islander Fijians, a bit of snorkeling at that same island and a sweet view of the changing sunset hues on the ride home to Smugglers. Now the reason I know the guy running it is making BANK is because I paid that much for one week sailing. (See “Fiji Islands Sailing Roam – Part II” for those adventures). He used to be a commercial pilot, on the wee tiny planes you can take to Yasawa and Mamanuca islands in Fiji. That being said, the afternoon itself was pleasant, I enjoyed myself and made some new friends and if you only have a few days in Fiji then this price is reasonable. So I would still recommend if you have limited time, like sailing, drinking, dancing the Makarina in the sunset and playing soccer with local Fijians.

Every night at Smugglers Cove I was graced with free entertainment, local dancers, fire twirlers, limbo competitions and sampling Kava. Kava is a traditional Pacific Island intoxicating, dirt tasting, tongue numbing drink, made from the roots of the Kava plant. I prefer to stick to a beer or wine but many people really love Kava, especially the locals. Once the entertainers were finished, guaranteed everyone had made some new pals. That is if you are brave enough to answer the call to the crowd to participate in the exciting shenanigans.

If not then there’s always friends from your dorm, right? Mine decided to check out the nightlife in Nadi which is actually not too shabby! Just be careful of your belongings and the local young guys that stand around the bars and hunt for a white woman to take home. It is rather amusing how they don’t even attempt to dance..just stand there, staring. If you go with a group though, you’ll have a ball.

So with all that partying and activities, I decided my second to last day at Smugglers to book a tour to the other islands for my remaining week, and then lap up the Fiji sunrays with a good book “DMT The Spirit Molecule” while I nursed my hangover.

So I gave into the marketing and happy stories from girls in my dorm returning from the trip, paid the $250AUD deposit for an expensive week long all expenses (excluding drinks) $1500 tour to a few of the tourist hot spot must see islands like Beachcomber Island. Parked my butt on the pool lounge chair with the best view for sunset.

That’s where I met Steve. Stephen Kennedy from San Diego. His line for striking up a conversation while laying back in the pool lounge chair next to me – “Oh, I think I’ve seen a documentary on DMT.” So we got to talking and I found out he was currently crewing on a 52 foot Columbia with a Peruvian Captain, and that they were searching for one more person to come sailing with them for a week. See Steve and Luis would take couchsurfers on Luis’s boat for 100FJD per week, excluding food. Which is A-mazing! I was so upset that I couldn’t join them, because I had already paid this deposit, but Steve and I enjoyed the sunset and free entertainment at Smugglers together that night regardless. He told me all about his incredible adventurtes and the many boats he had crewed on. Including two major crossings, 54 days at sea from Panama to French Polynesia and 46 days before that sailing to Panama Canal from Baja California. I was impressed and stoked with my interesting company for the night.

I had one more day on the mainland before I was due to join the cattle tourists on my organised tour. Steve invited me out to the boat that night which I laughed and scoffed at. Quickly he changing the invitiation to the next day for lunch, to which I agreed. “Sorsha” was docked right out front of Smugglers so if worst came to worst I could abandon ship and swim my little butt off, back to safety.

Those fear based thoughts were not needed however and as I rode in the dingy with Steve approaching Sorsha, they quickly faded. Luis offered me a warm welcome, while fixing something that had broken while sailing to Fiji from Tonga. We enjoyed a vegetarian lunch, consisting of rice, veggies and curry, all fresh from the Fijian Markets, while chatting for hours about sailing life, past adventures and Luis’ tattoos. All I could think was what a shame it was that I couldn’t come on this trip with these rad dudes, and all the fun and awesome adventures and sights I would miss, not to mention the money I would save…

Saying goodbye to Luis and thanking him for having me on his boat for lunch, arriving back on shore, I had a thought, “What if I just go to the desk and ask if I can cancel only one day in advance”? I didn’t like my chances but I had to try…

Low and behold, when I reached the desk, I didn’t know it at the time but I saw the most beautiful sight, a girl with her head in her hands, disappointed and down right stressed. I asked her what was wrong and she explained to me that she wanted to take the exact same tour, on the exact same dates, but they didn’t have a bed for her in the dorm rooms. Boom!! I thought! I can go with Steve and Luis! I asked the lady behind the desk if this girl could take my spot? Yes? Sweeeeet! Do you have the deposit right now, disappointed girl? Yes? Yes!! Sweet!!! Show me the money, here is my ticket! See ya later alligator!!

I literally ran down to the beach and told Steve the good news. He was super happy, we both felt the spark and started planning the next day, around the campfire. Market and provision day. The beginning of my first ever week long sailing roam!!